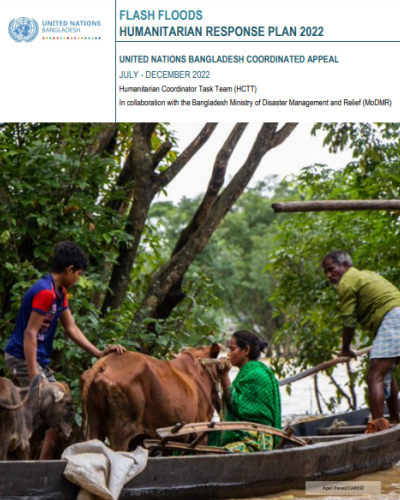 Heavy monsoon rains and water from upstream in India's northeast have inundated large parts of the Sylhet division, leaving millions of people marooned and triggering a humanitarian crisis. The flash floods swept away homes and inundated farmlands, forcing families to seek shelter on higher ground and temporary flood shelters, while power cut is making life miserable. Experts considered the flood worse than the ones they had experienced in 1998 and 2004. The crisis struck at a time when the people of the division were recovering from unexpected recent flash floods that hit in late May. An estimated 7.2 million people are affected by this sudden flash flood and water congestion in nine northeastern districts of Sylhet, Sunamganj, Moulvibazar, Habiganj, Kishorganj, and Netrakona, Brahmanbaria, Mymensing and Sherpur. Among the nine districts, five heavily impacted are Sylhet, Sunamganj, Moulivazar, Habiganj and Netrakona. As many as 472,856 people have been taken to around 1,605 shelter centres in a combined effort of the Army, Navy, Fire Service, and the local authorities, according to the Ministry of Disaster Management and Relief (MoDMR). Many households are isolated due to floods, while some have taken shelter in open areas. The safety and security of women and girls in those households are at high risk.

The cumulative report of the Ministry of Disaster Management and Relief informs that 7.2 million people are affected due to the household are inundated in the flash flood affected nine districts. The Department of Public Health and Engineering (DPHE) informs that 44,254 water point were damaged, and 49,885 latrines are damaged. The Ministry of Livestock and Fisheries informed that 663,534 cattle were affected, and Ministry of Agriculture informed that 254,251 hector croplands damaged.

The Humanitarian Coordination Task Team jointly with the Ministry of Disaster Management and Relief and the Office of the UN Resident Coordinator jointly assess the situations as well as rapid gender analysis to develop a complementary response plan for Flash Flood 2022. The plan is for six months from July-December 2022 and covers the priority sectors of food security and nutrition, shelter, WASH and integrated GBV and SRH. Also, other sectors covered are education, health, child protection, displacement management and early recovery. Total financial requirements of the plan is 58.4 million USD. On 27 June 2022 in a HCTT meeting MoDMR endorse the HCTT response plan for six months (July-December) that complements the GoB-led response to the northeast region. The HRP prioritise the five heavily impacted Districts Sunamganj, Netrokona, Sylhet, Habiganj and moulvibazar. The priority geographical areas are ranked based on the combined inundations and lack of coping capacity. The humanitarian community will monitor the response using the IASC collective AAP framework 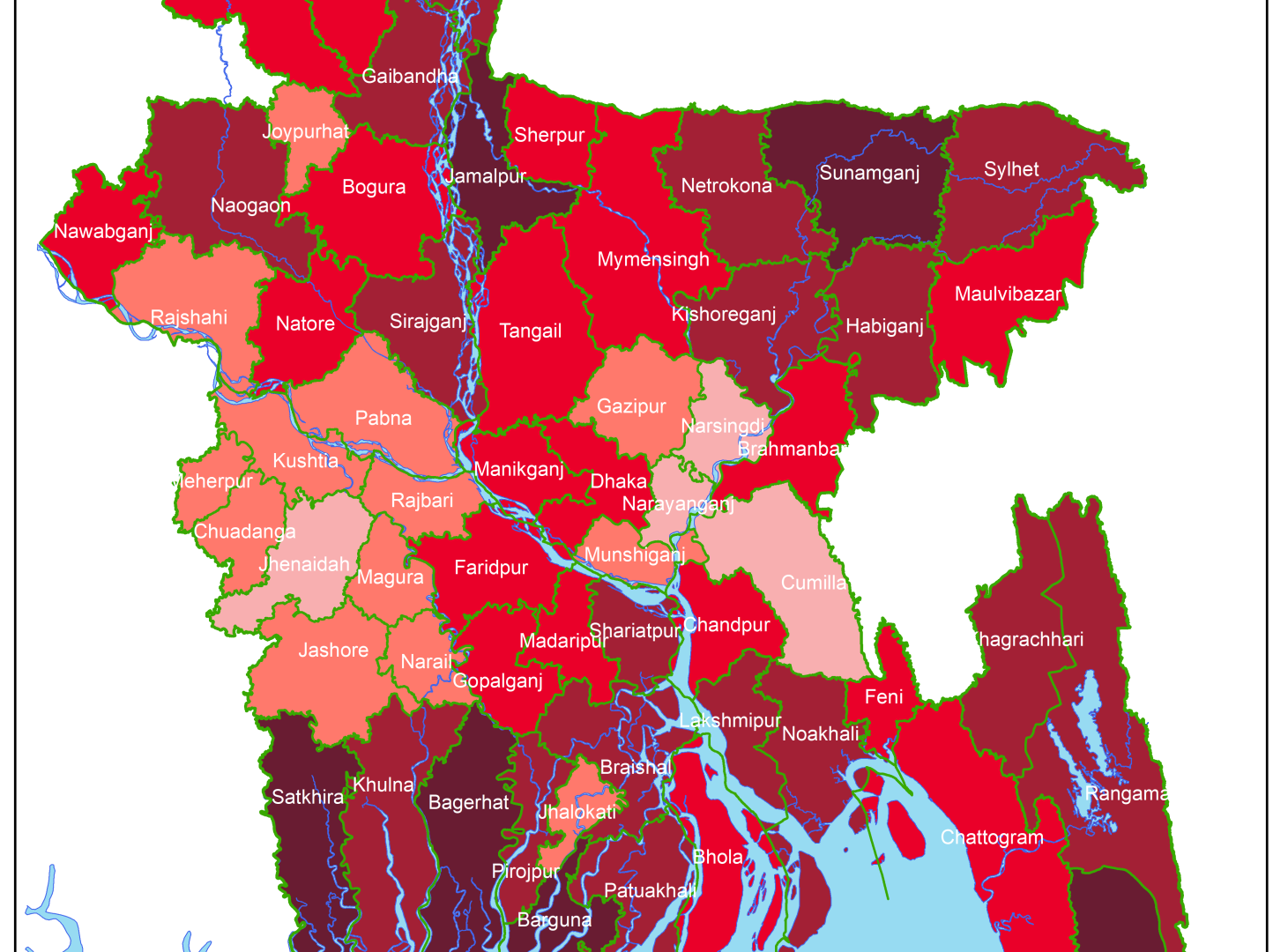 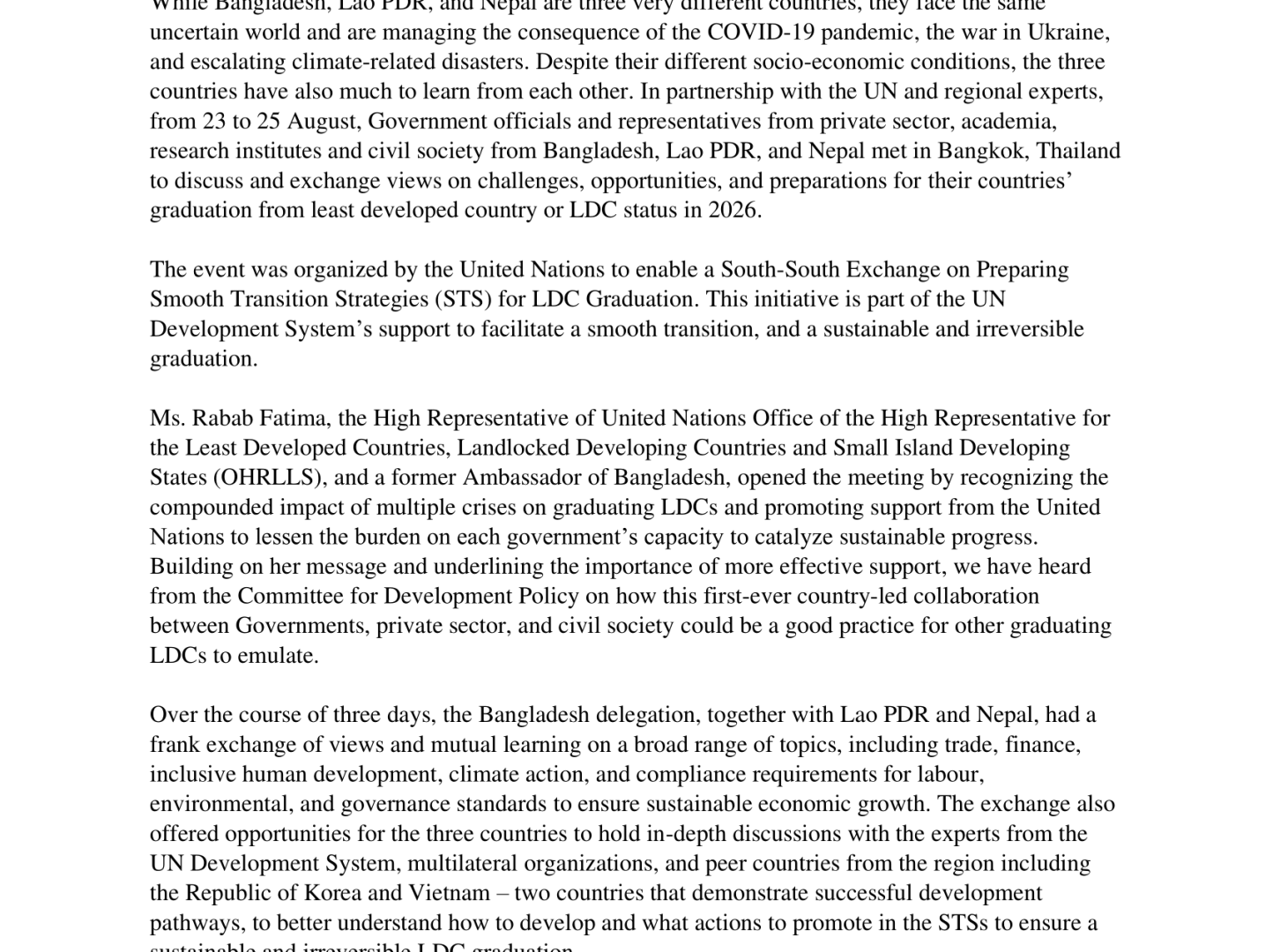 Resources
30 October 2022
Bangladesh’s graduation from the LDCs category: A call for collaboration on accelerated learning, continuous advocacy, and whole-of-society approach! 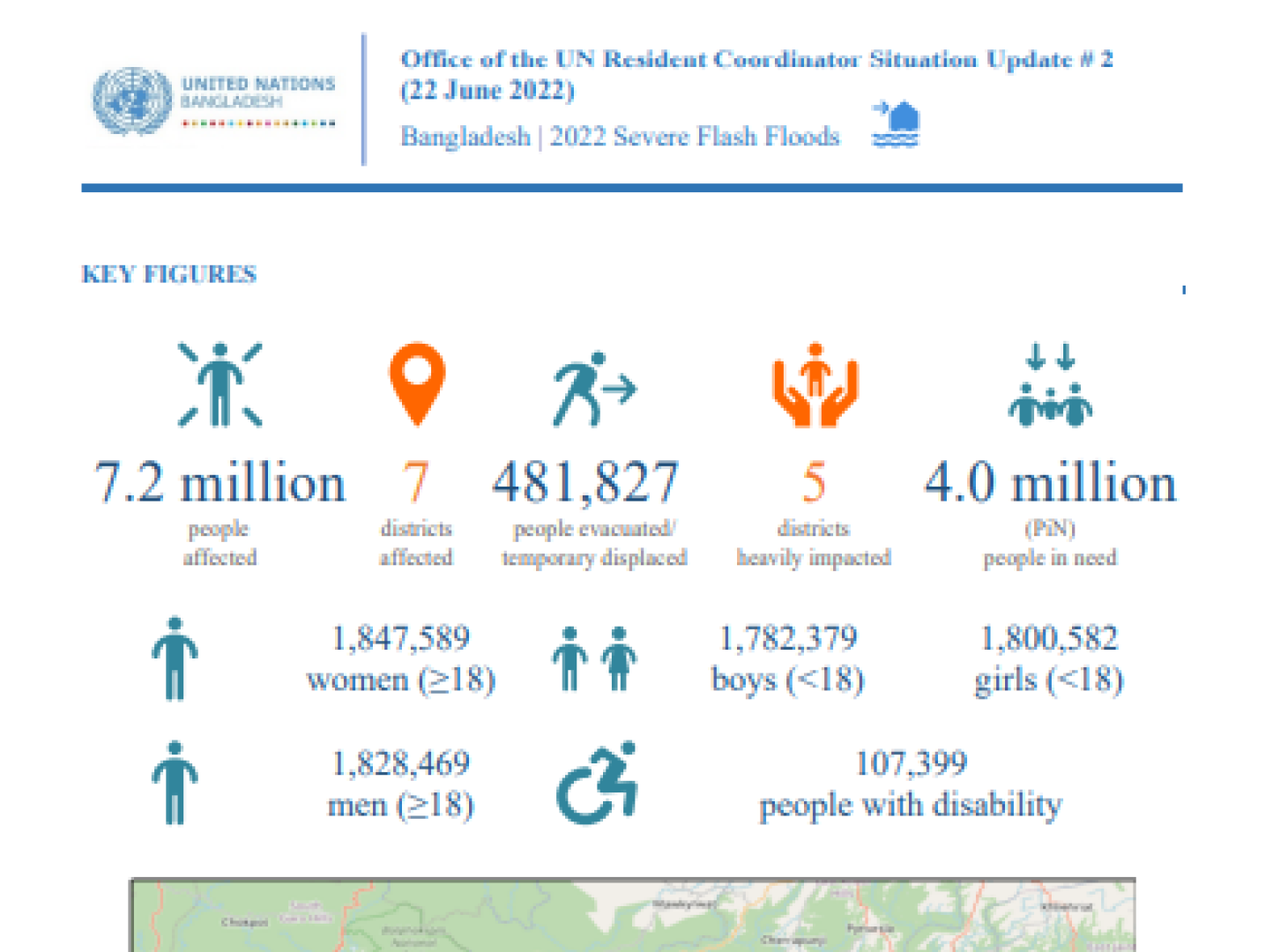