UNRC Mia Seppo paid tribute to the Bangladeshi peacekeepers to UN Peacekeeping missions in her speech at an event held at Senakunj, Dhaka on 29 May 2021.

It is my privilege to be here with you today on behalf of the United Nations in Bangladesh, to mark the International Day of UN Peacekeepers, and to pay tribute to the Bangladeshi peacekeepers to UN Peacekeeping missions, especially during this unprecedented COVID-19 pandemic.

UN Peacekeeping has an enduring legacy starting in 1948 just three years after the UN itself was born. Bangladesh started its journey as a troop contributor to the UN’s peacekeeping operations in 1988 when its uniformed personnel were deployed to monitor the armistice between Iran and Iraq. It has been a long and eventful journey and one that we can take pride in and draw lessons from.

Today we pay tribute to 4,065 fallen heroes from different contributing countries in all UN peace operations since 1948, among them the 159 Bangladeshi peacekeepers. During May 2020 to April 2021, Bangladesh lost eight dedicated peacekeepers. Eleven were injured in services for the cause of a more peaceful future.

The theme of the day -- “The Road to Lasting Peace: Leveraging the Power of Youth for Lasting Peace and Security” is particularly relevant to our times, and especially so in countries like Bangladesh with large youth populations. Around 87 per cent of youth live in developing countries, and 30 per cent live in fragile and conflict-affected countries.

The UN’s Youth, Peace and Security (YPS) agenda is a framework that recognizes the positive and inclusive role that youth can play towards peace, security and better conflict prevention. The Women, Peace and Security Agenda similarly highlights women’s role in peacemaking and peacebuilding. UN peacekeepers under 30, especially women peacekeepers, are often able to better connect with and serve as role models to young members of the local populations.

The Security Council Resolution 2250, adopted in 2015, is the first resolution fully dedicated to the  positive role young women and men play in maintaining and promoting international peace and security by giving youth a greater voice in decision-making at all levels and to setting up ways in which they can participate in peace processes.

I would like to end with a quote from the Secretary-General’s message on this day:

One of our greatest strengths is our own young peacekeepers, in particular young women peacekeepers who contribute every day to debunking deeply entrenched gendered stereotypes and inspire  young women and girls to seek non-traditional paths and opportunities.

Thank you for listening. 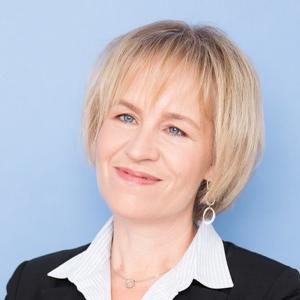